The one sneaker which has managed to attract most sneaker hype and love for the past few years has been the Air Jordan 1. This is the genesis of many sneakers to be worn by HIS HIGHNESS.

Our story starts in 1984 after Michael Jordan concluded his basketball career with the University of North Carolina. Jordan was in high demand and simply wanted what was due to any elite athlete with a promising ALL-STAR career – a sponsorship deal with one of the world’s largest sporting goods brand.

Michael faced two problems; Converse already had deals with Magic Johnson, Larry Bird and Dr J, and adidas, just could not offer Michael what he was looking for.

Michael was fully aware of the fact Nike was interested in signing a deal. However, back in 1984 Nike was still in the process of entrenching itself within the basketball arena and in the eyes of Jordan didn’t quite have the credentials he was seeking.

Nike knew it had to dangle a really special carrot in order to seal a deal with Michael and hence the company wasted no time in going straight for the jugular. The eventual outcome was like nothing before it: a $500 000 annual sponsorship agreement for 5 years and a product line of footwear and apparel all bearing the name of Michael Jordan.  Not even Magic Johnson’s deal with Converse came close.

Despite the sheer sweetness of the deal, Michael still sought the attention of adidas in the hopes of something similar or even better. They turned him down...

Little did Michael Jordan know that his career and the Nike brand would be bound to a growth trajectory many believe neither Converse or adidas would have ever been able to deliver on. 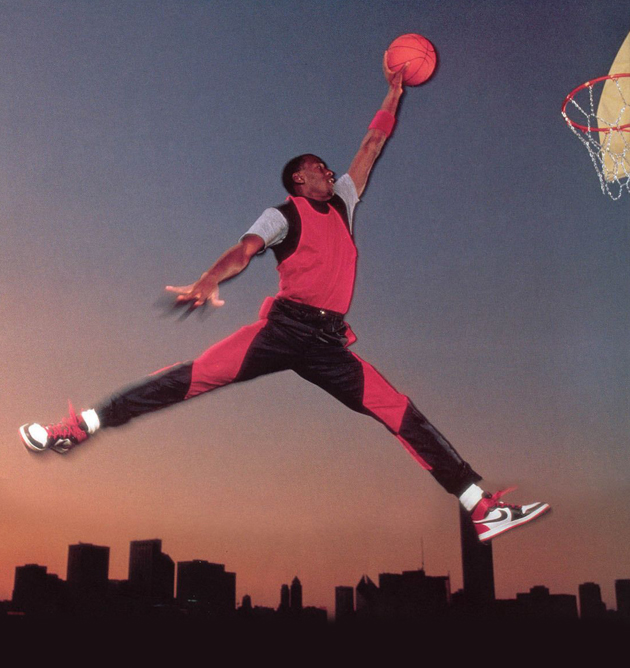 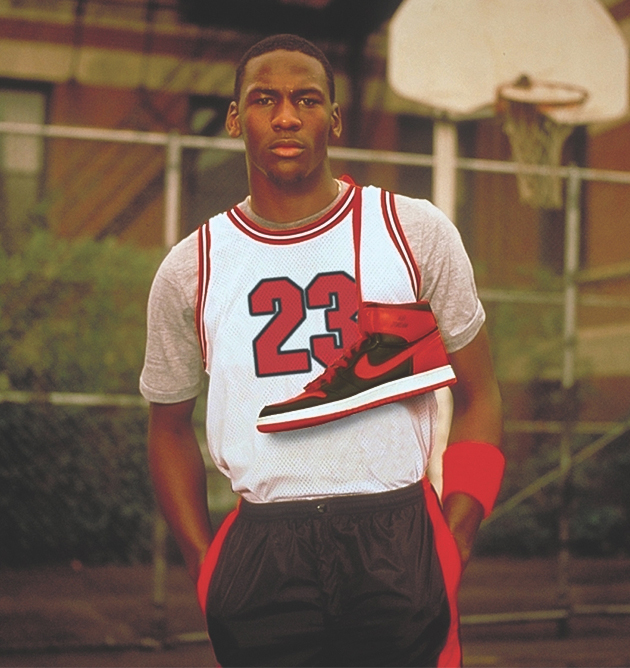 The first Air Jordan was designed by Peter Moore. He took guidance from Michael who requested 3 deliverables from his signature footwear line. It needed to be exciting, something different and enable him to feel the court under his feet. On a domestic flight, Peter Moore saw an air-hostess hand a young passenger a winged lapel badge as an inflight souvenir. Moore, inspired by what he saw, married the concept of the badge with a basketball and “Air Jordan” script, and hence birthed the Air Jordan Wings Logo.

When the Air Jordan 1 was first presented to Michael, his response was rather underwhelming. He’s known to have said “I’m not wearing that shoe. I’ll look like a clown.” Yet, despite his resistance, Mike stuck with the process since he also needed to trust Nikes instincts.

The Hype train continued at full steam ushering in collaborations with Off White, Travis Scott, Christian Dior and LA Based Retailer Union to name some of the most coveted offerings. 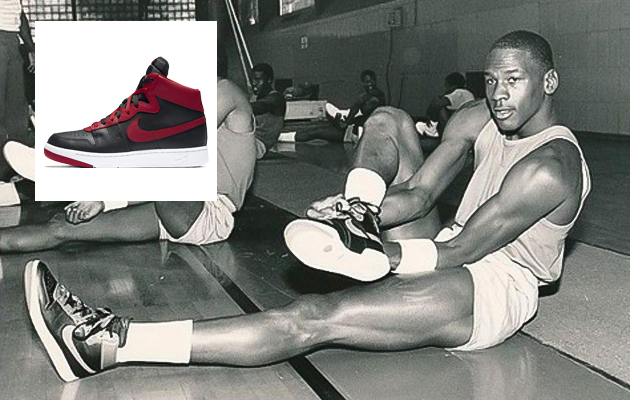 None of these shoes were however ready for Mike to compete in so Nike allowed Michael to play in a sneaker named the “AIR SHIP”.

The Air Ships were very similar in appearance to the Air Jordan 1 Black/RED and were the first Nike shoes Michael played in. The Air Ships however did not meet the NBA’s rules and procedures of being at least 51% white in its colouration and this led the NBAs to issue a written notice to Nike prohibiting Michael Jordan from wearing these shoes.

Nike, never a company to let a good crisis go to waste, capitalised on the situation and engineered an advertising campaign led by a TV ad which said:

“On September 15 Nike created a revolutionary new basketball shoe. On October 18, the NBA threw them out of the game. Fortunately, the NBA can’t stop you from wearing them. Air Jordan’s…from Nike”.

Since high-definition television was not yet available, consumers could not differentiate the Nike AIR SHIP from the AIR JORDAN 1. For this reason, Nike seamlessly segued the rebellious public product perception of the AIR SHIP onto the Air Jordan 1, earning the Black and Red colourway of the Air Jordan 1 the nickname “BANNED”. The only time the Air Jordan 1 Black/Red colour was every actually seen on court was when Michael wore them in the 1985 Slam Dunk contest. The first Air Jordan 1 to feature in an NBA game was the White/Red, aka the Chicago’s. 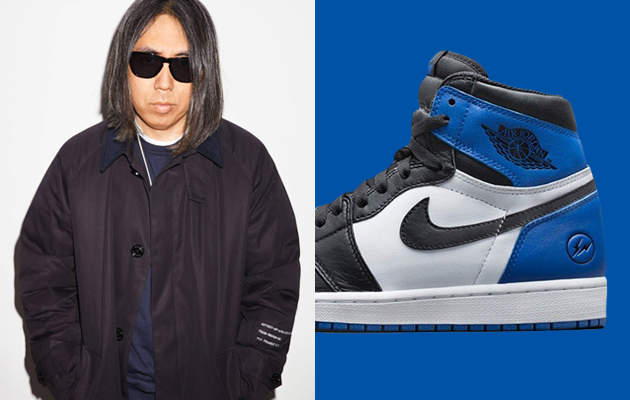 This advertising campaign effectively popularised the Air Jordan 1 since its message was impactful and defiant. This fresh brand statement was exactly the springboard required for Nike to successfully launch the Air Jordan Brand to a sport inspired youth market. Between 1985 and 1986 Nike launched 13 colours of the Air Jordan 1.

In 1994 Nike reintroduced the Air Jordan 1 retro and then again in 2001. For almost every year after 2001, Nike had at least one Air Jordan 1 in the offering which included the legacy colours and variations the brand had never released before. This marked the emergence of a new generation of Jordan sneaker lovers and a bubbling interest on a global level.

The Hype train continued at full steam ushering in collaborations with Off White, Travis Scott, Christian Dior and LA Based Retailer Union to name some of the most coveted offerings.

Today, the Air Jordan 1 has been elevated from a key piece of sneaker history to a global sneaker icon.

How many pairs have you owned and how many do you still need?