VAULT ACCESS: Thanks for taking the time out to chat. Let’s talk about your involvement in designing some of the most legendary Nikes logos of all time. As a designer myself and life long Nike fan this is a special one for me.

DEREK: I am retired now due to a brain tumor, but life is good. Alive and retired, not too bad. Really my life is better, I'm very happy. Making my own music mostly and silk screening in my spare time.

VAULT ACCESS: Sorry to hear. It’s awesome that you are keeping yourself busy, a true creative! Must have been amazing to work on all the iconic design projects you did.

DEREK: Yes, but also a challenge at times to convince the marketing group it was the way to go. What I learned after 20 years in the design business is that personal preference and prejudice can kill the best of solutions. You have to fight for what's right. You gotta fight for your right to parrrrrrttaaaayyy!

DEREK: I worked with Jordan among many other athletes. Saw Michael play against the Magic way back when. He was amazing. It was a blast. I worked on a lot of graphic projects but also got into retail design and interiors as well. I'll send along an image or two of the 2,800 sq. meter facility I designed for Nike as their HQ for the 2000 Olympic games in Sydney, Australia. One of the final design projects I worked on just before I retired was redesigning the 2nd floor of NikeTown New York. I still did work for Nike with my own company, art was fun. 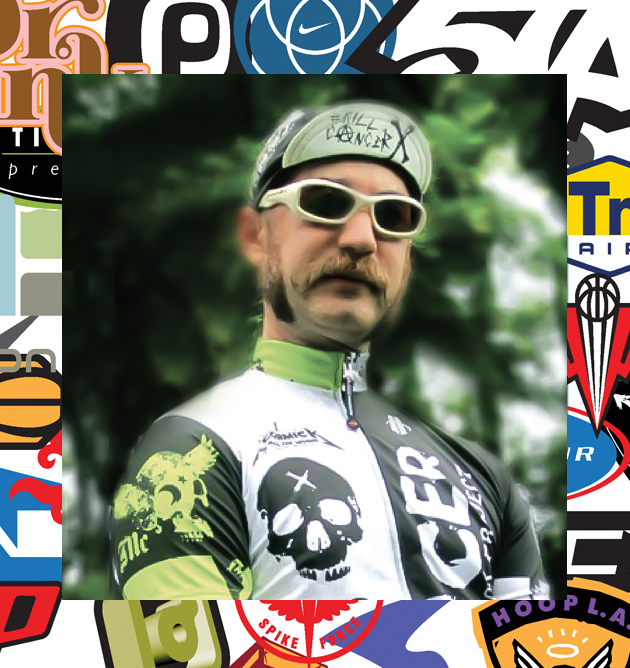 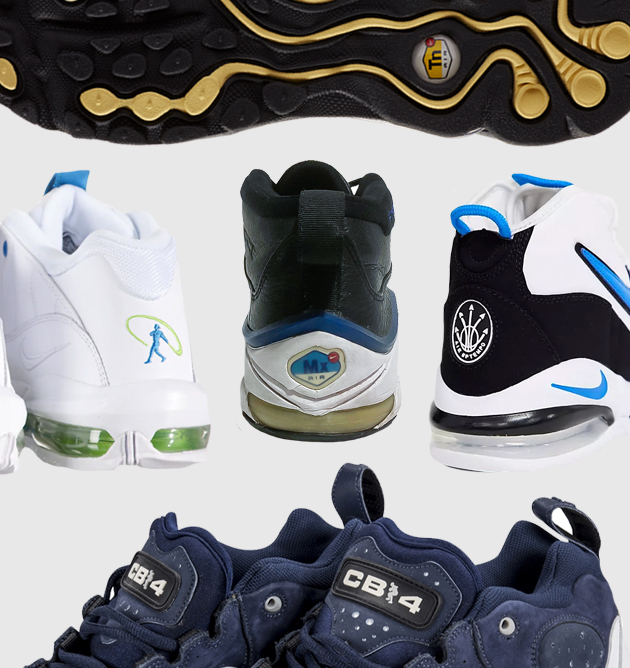 VAULT ACCESS: Did you work with the legendary Nike designers Eric Avar & Tinker Hatfield? You must have witnessed such amazing things. The whole red oval logo period from 1995-1997 was my favourite.

DEREK: I worked with Eric and Tinker both as well as my favorite footwear designer, Aaron Cooper. I implemented a plan and specific procedure for how footwear designers would have logos created. Many of them tried to design logos themselves and it was a disaster. I headed up all logo design for the entire Nike effort globally. Was a good time.

VAULT ACCESS: Did you ever work on a shoe?

DEREK: I never designed an actual shoe but I did have creative input on a few and created lots of graphics and logos for them of course.

VAULT ACCESS: I know you designed many other iconic logos, which ones come to mind?

DEREK: Oh man, there are quite a few. My all time favorite is the winged Flight logo that is still used now although some of the retro projects utilize the original Flight mark. When I was working with Nike Basketball and redesigning the Flight logo for them the marketing team was completely against the solution I felt like was "the one". They believed it needed to have a basketball in it. I explained to them that the logo would appear on basketball specific product; footwear, apparel, etc. and it would be clear that it's basketball because of that. What the logo needed to say was "flight". They still resisted so I finally left it at, "Okay you guys can do whatever you want, but you can't use any of the logos I've shown you here and I'm no longer involved." The footwear designers finally told the marketing guys they had to use the one I suggested. It all worked out in the end.

Interesting side note as I think of it, the Air Huarache logo (one of my favorites) was designed by John Norman who was a fellow design student at my school in Texas. Surprisingly quite a few great Nike designers have come from Texas. I don't know what, it just worked out that way.

VAULT ACCESS: Why were you at Nike for such a short period of time?

DEREK: I was there for 5 years. The answer is that I was being moved up the leadership chain and was a Design Director when I realized really all I wanted to do is design, not be a corporate ladder climber. I left in 2000 and formed my own company named Big-Giant with fellow Nike designer Jason Bacon. That way I was able to design for an array of clients and needs, not only Nike. There are a few people that were under me when I was there that are now Vice Presidents, so I imagine I'd be a VP now, but I enjoyed the freedom of building my own business more than staying there. Doing my own thing allowed me to do whatever I wanted.

DEREK: I have a couple of Design Camp images somewhere I think. Design Camp happened every year and was a weekend gathering of all of Nike's designers from all over the globe. Typically, we'd be assigned projects in groups with other designers we didn't know and we'd solve problems then present them to everyone. It was a hectic weekend, but a ton of fun. Mostly I enjoyed meeting designers from abroad. There were some seriously talented people from all over the place. 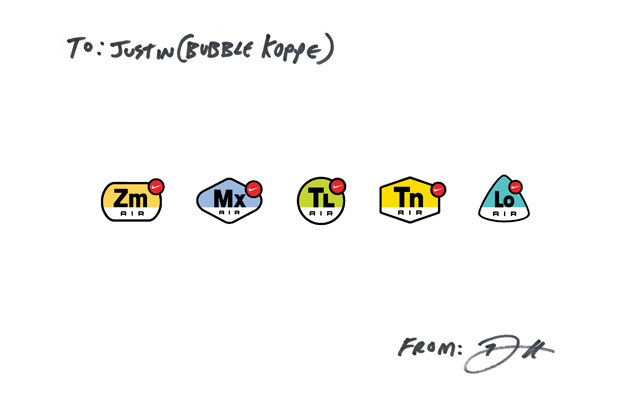 VAULT ACCEESS: You designed the TL Air, Mx Air, Tn Air, Lo Air, Zm Air logos. Which are probably some of my favourite logos of all time. What was the design process?

This project came across my desk as a need but all individual Air logos at different times a few weeks apart. It finally occurred to me that while I had good solutions for each as I explored them it would make more sense to have all Air logos work as a system since they were all the same technology group. My boss who was the creative director at the time was receptive to my concept that these would all be much like a periodic table of elements. Abbreviating the names to simple, concise 2 letter representations would also make them more iconic and take up less real estate on the footwear itself. 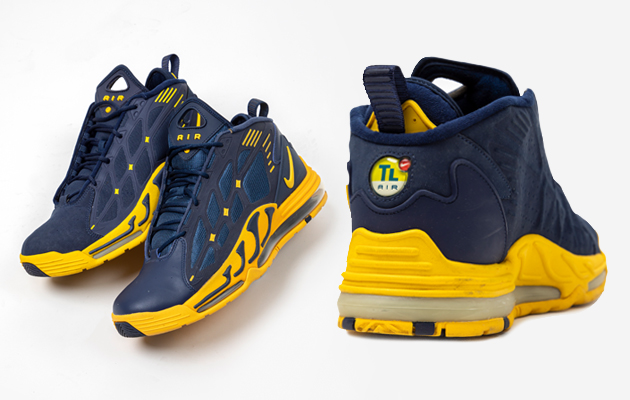 VAULT ACCESS: When Nike re-released the Total Air Pillar as the Air Max Pillar in 2012. They completely changed your logo at the back of the shoe, they moved the red Nike circle to the top and not the right side as it was before. Do you know anything about that?

I have no idea what happened there. I still have many friends out at Nike but I'm not there so I have no say in what they do. It's fairly common for new waves of directors and designers to come in and fell like they need to put their own spin on things. I imagine that's what it was, but I really have no idea.

Sure, I’ll send. While I'm rounding up some Nike-specific logos and images from the old days, here's a sheet of a few of my logos for all sorts of clients as well as a couple of shots of the interior of the Sydney Olympics facility I mentioned. By the way, the flight logo I referenced previously is on this logo sheet, 2nd row from the top, far right. I actually ran across Bubble Koppe recently, that's killer man. Keep it up. All the best to you Justin. If I'm ever traveling to Cape Town I will let you know.

Thanks so much! Derek all the best!