The history of sneakers broadly records lists of products created for sport. Performance footwear designed to hone the best of an athlete’s abilities.

Occasionally, history shows us how a sneaker can transcend the athletic arena, into the stadium of the streets for all major urban wear markets. Its new function has become that of a staple style choice for multiple generations and one that continues to show off new materials appropriate for its global audience.

Few examples of sneakers illustrate this phenomenon as accurately as the Nike Air Force 1.

The Nike Air Force 1 was designed by Bruce Kilgore and first went to market in 1982. Kilgore used the inspiration of the Nike Air Approach, a hiking shoe which at the time offered hikers immense stability, superior cushioning, and reliable traction.

These factors established the design framework for the Nike Air Force 1 High. Its stability was evident in a high constrict and reinforced strap. Cushioning was enhanced with a full-length encapsulated Nike Air unit which had never been used on a basketball shoe prior to the Nike Air Force 1. Finally, the modified cup sole featured concentric circles for players to easily pivot around the court.

The edges of the outsole were inspired by design elements of the Notre-Dame Cathedral. This inspiration introduced tiny lugs which grounded the player. 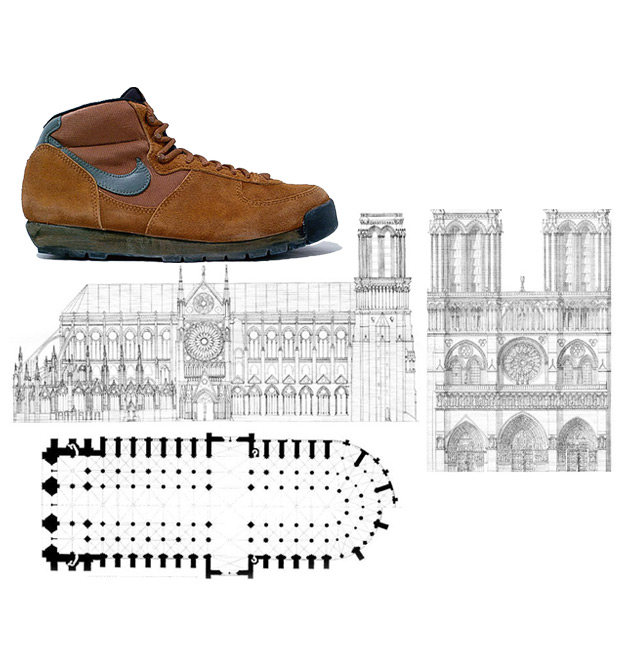 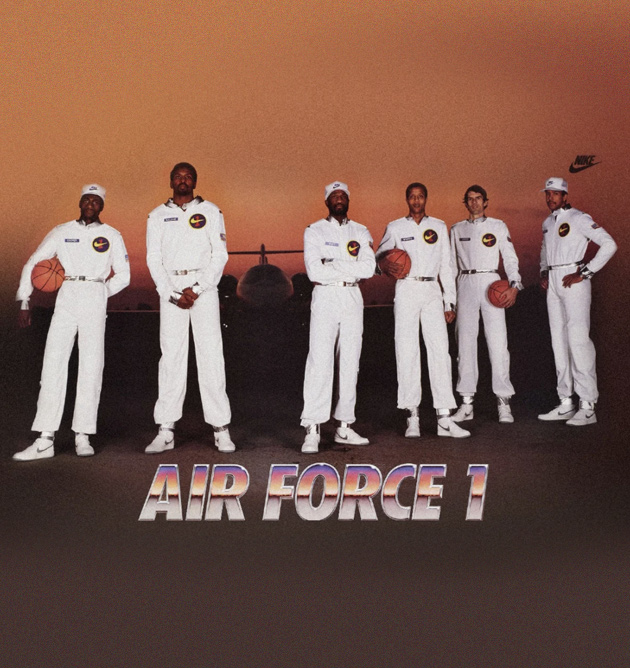 The Nike Air Approach, The Notre-Deme Cathedral and Nike Air Force 1 – The Original 6

In recognition of its superiority and the fact that athletes would be flying across the court in them, they were appropriately named “Air Force 1” – The name given to the airplane used by the American President. 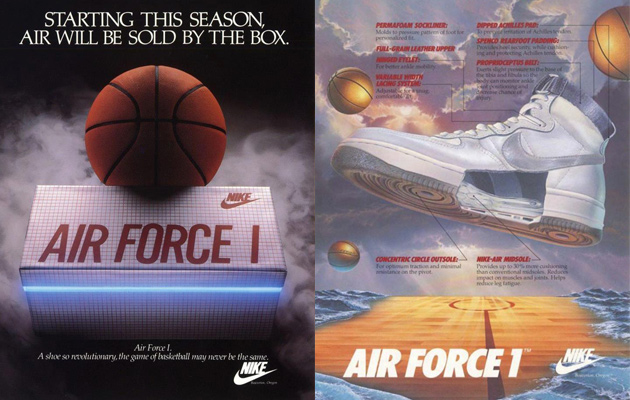 Nike had an immensely successful sales and product run with the Air Force 1 between from 1982 to 1984 and then decided stop production and continue chasing new innovations within the basketball category.

Three American retailers, namely Cinderella Shoes, Downtown Locker, and Charly Rudo Sports (affectionately known today as the 3 Amigos) petitioned Nike to re-release the Air Force 1 and insisted that they resurrect this sneaker phenomenon. Nike later reintroduced the Air Force 1 in 1986, making it the first Nike Sneaker to be classified as a Retro.

The Air Force 1 was later adopted as a streetwear essential. This organic transition occurred for a number of reasons. Basketball fans bought the shoe to display their affinity for the game while Hip Hop artists sang songs about the Air Force 1 or was seen photographed in them. Thus solidifying its popularity and status within that musical genre and scene.

Beyond the music and street culture, Nike also worked with many artists who reinterpreted the Air Force 1 though their own artistic lens. These are a few noteworthy mentions of highly desired Nike Air Force 1’s within its plethora of more than 2000 designs. 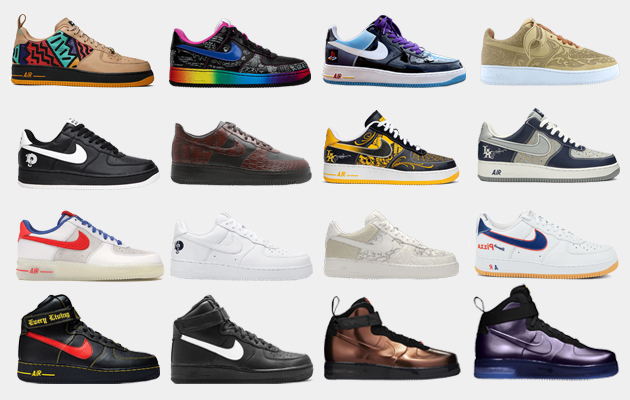 The Nike Air Force 1 is the world’s best selling athletic sneaker. You might be thinking Chuck Taylor All Stars or even Nike Cortez at this point, but remember that the Air Force 1 is still being used in the NBA alongside its more contemporary counterparts to this very day. The All Stars and Cortez no longer known for their athletic performance.

It is the shoe you can never have too many pairs of and in the experience of the most seasoned sneaker heads, it’s also the sneaker you just never seem to grow tired of.

Here’s to the release of the next Nike Air Force 1. We cannot wait to see what you will do next.