The Alpha Project birthed icons and mainstays of today like the Presto, Shox and the Flightposite, but it was arguably the visual world created around the project that piqued the curiosity of fans with one foot in the performance world and another in the world of culture and storytelling.

Michael Bay directed commercials perfectly captured the wonkiness of pre and post Y2K futurism, with very little focus on the performance elements of the product, instead opting to tell a relatable story by emulating the absurdity of collective cultural visions for a post Y2K world - think Dexter's lab over Nikelab, more Dr. Frankenstein than Tom Sachs. Similarly, magazine campaigns leaned into humor over performance, with one of the most memorable campaigns comparing the Air Kukini to a pair of tighty whities, featuring no information beyond the line “oh so snug”. Creating this accessible “in” to a performance world undoubtedly cemented the ALPHA PROJECT as a moment in Nike lore. 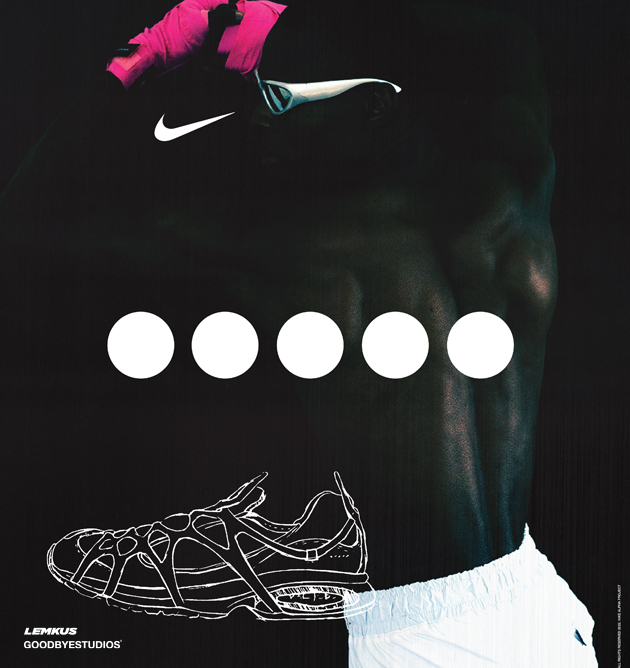 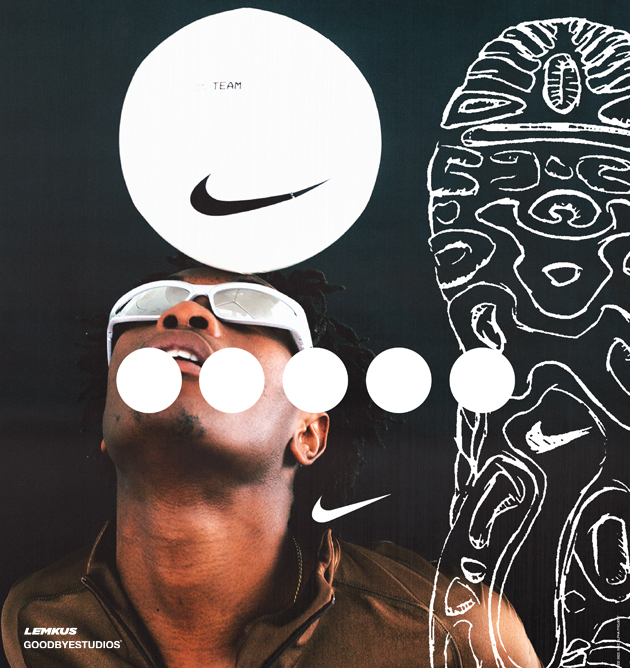 Accessibility once again sits at the forefront of NIKE’s mission, with spaces like football deliberately moving away from elitism, instead pushing campaigns like Play New and Everyone’s Game in order to open up the sometimes intimidating world of performance footwear.

Goodbye Studios and Lemkus (for whom the Kukini is a long time favorite) presents a campaign that builds on the notion of accessibility in sports by nodding to football’s place in culture as a space that can be fun for everyone while alluding to relative new kid on the block, MMA’s, similar all abilities welcome ethos. It wouldn’t however, be an ALPHA PROJECT campaign without the clear influence of unapologetic Y2K aesthetics as well as a nod to the illustration style that became central to early ALPHA PROJECT’s visuals.

The Air Kukini is almost the physical embodiment of the ALPHA PROJECT’s energy - a minimalist, performance oriented silhouette initially designed for easy transitions in triathlon is completed with technology inspired by the spiderman-esque ski suit of 1998 and 2002 olympic skier Picabo Street -

if ever there was an object that melded footwear technology with the weirdness of the Y2K era, it is this. While Japan only releases have kept the unique style on the peripheries of sneaker culture, Stussy’s interpretation, a hybrid Kukini/Spiridon open up a slight crack in the multiverse that will undoubtedly see renditions from faraway universes begin enter into the cracks in our psyche.