NIKE NSW EVERYDAY CREW
SEARCH BAG (0)
During the late 90's and early 2000s Nike had delivered some of the most ambitious product designs across multiple sporting categories. This select class of product was labelled "The Alpha Project."

The designers of the Alpha Project were tasked with asking leading athletes in their field about what they believed would be required by Nike products to deliver the highest performance output within their disciplines. Imagine not only a blank page for the imagination, but also a blank cheque for research and development. This was a purposeful innovation restart to enhance performance, hence the name "Alpha Project." All the products which would meet the requirements of the Alpha Project would carry a mark of 5 dots, each representing a stage in the product development: ENQUIRE, RESEARCH, CREATE, TEST ,COMPETE.

These 5 stages would often be repeated until the product was refined. Some noteworthy names that were birthed through the Alpha Project was the technology of Nike Shox (Shox R4, BB4 and XT4, Shox Vince Carter 1 and 2), Air Presto, Air Tuned Max, and the Flightposite to name only a very few. See if you can identify any products within your collection which also carries the mark of these 5 dots. A remarkable release for the Alpha Project within the running category was Air Kukini. This release was unlike anything seen before and was the brainchild of Nike designer Sean McDowell. 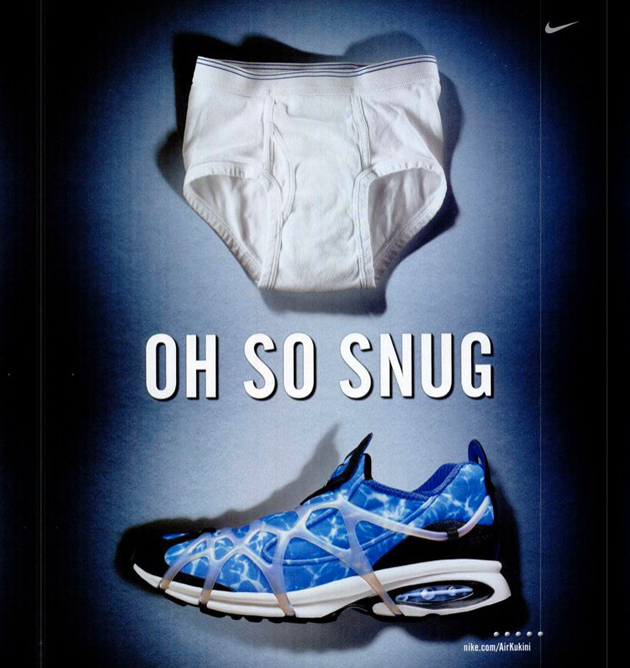 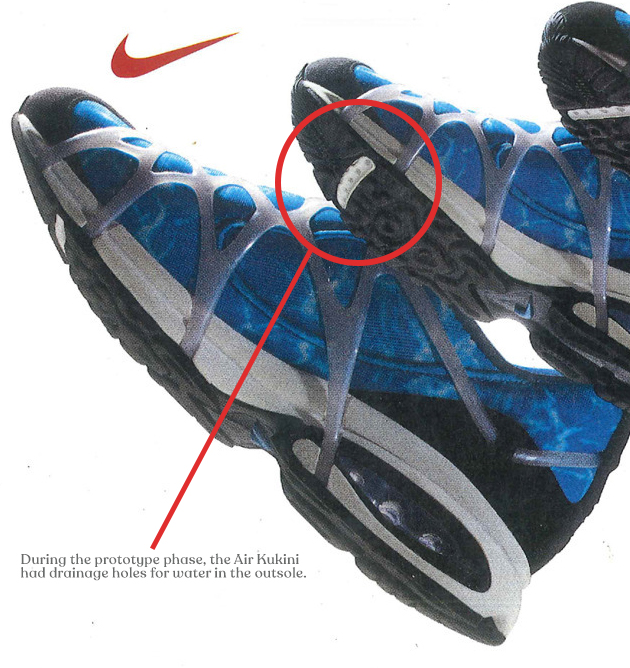 Functionally, the design purpose for the Air Kukini was that it would be a running shoe appropriate for Triathletes. For this reason, McDowell sought the expertise of Nike triathlete Mark Allen for his design input. The most striking design feature introduced was the "Elastic Foot Web" upper which resembled a web-like construction.

When triathletes conclude the cycling leg of the Triathlon and prepare for a long-distance run, they waste time transitioning from cycling gear into running gear, and lacing shoes for the appropriate fit costs time in this transition. By removing the laces and replacing them with the Elasticated Foot web, athletes would find an immediate fit-appropriate feel for running. To make this process take place even faster, a finger loop was added at the top of the tongue and the back of the heel to quickly nudge the foot into the shoe with the assistance of only 2 fingers. Nike used the "FAST ON FAST OFF" message to show its unique proposition.

A final adaption made on the upper was that it would have a stretchable lightweight and quick drying Lycra mesh since Mark Allen advised that he pours water on his head to cool himself during the run. This water ran down his body and drenched his shoes. Such a mesh upper was essential in the functionality Allen wanted to dry his shoes as he ran. 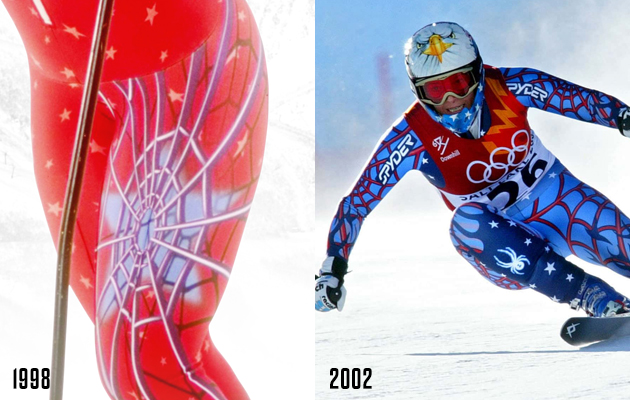 McDowell credits the inspiration of the Elastic Foot Web to a Race Suit made by the Outdoor brand "Spyder" and worn by American Alpine Skier Picabo Street, which portrayed a web like design and was a concept he wanted to see on a pair of shoes.

The Midsole was given a Max Air Unit for cushioning and is also the anchor point for the Air Kukini Elastic Foot Web so that it would not impact the fit in the upper. The outsole featured a TPU (Thermoplastic Polyurethane) plate for stability while the rubber sole used in the Air Kukini was made of the standard Nike BRS1000 rubber in the heel. Duralon was used in the forefoot which feels almost squishy underfoot and adds to the the remarkably memorable feel of this classic. It may surprise you to learn that the name "Kukini" is a Hawaiian word that means "runner"/ "swift messenger." A name that fits as snug as the Air Kukini itself. 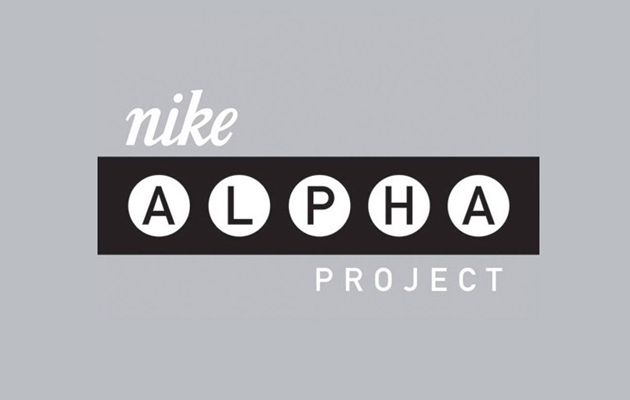 The Air Kukini exploded in a multitude of colours in the early 2000s and made a reappearance in 2012 with a Nike FREE outsole. Nike kept the love for the Air Kukini alive in Japan with a few CO.JP releases which delivered footwear energy to Japanese sneakerheads. Prior to its re-release in 2022, it was spotted in a collaboration with Stüssy in a Hybrid of the Air Kukini and Zoom Spiridon.

It is a sneaker worn by those who are not governed by hype and who have a pallet for tech styling and an innovative flair. It should undoubtedly be an inclusion for your rotation.....but should you decide to deny the Air Kukini WITHOUT FITTING IT ON, you might be guilty of letting a classic pass you by without realising your loss.