Despite Nikes triumphant 1987 success with the launching of the Visible Air unit in the Air Max 1, the brand still felt compelled and driven to give its athletes improved innovation and product choices. The brand slogan “There is no finish line” kept ringing true.

During the next 2 years of Visible Air innovation, Tinker Hatfield integrated this technology into Michael Jordan’s footwear line, resulting in the Air Jordan 3. In addition to this, the Air Max 1 evolved into two more sneakers, namely:

1) The Air Max Walker 1988. This walking shoe was anatomically similar to the Air Max One, but had a few modifications more geared to its purpose, which included less mesh and more leather in the upper.

2) Air Max Light 1989, also known as the Air Max 2. Appropriately named “Light”, this variation included a hybrid midsole which replaced the front half of the midsole with a lighter Phylon material while also including an encapsulated Air cushion in the forefoot.  The upper showed off new thermoplastic inserts for increased stability. However, visually the Air Max Light still very much resembled its parent, the Air Max 1.

By now the Nike product portfolio of Air Max had garnered unwavering momentum and credibility. Nike thus tasked Tinker to create the Air Max 3 – a shoe which would continue the successful momentum of Air Max and something even more monumental than its predecessor – but how? 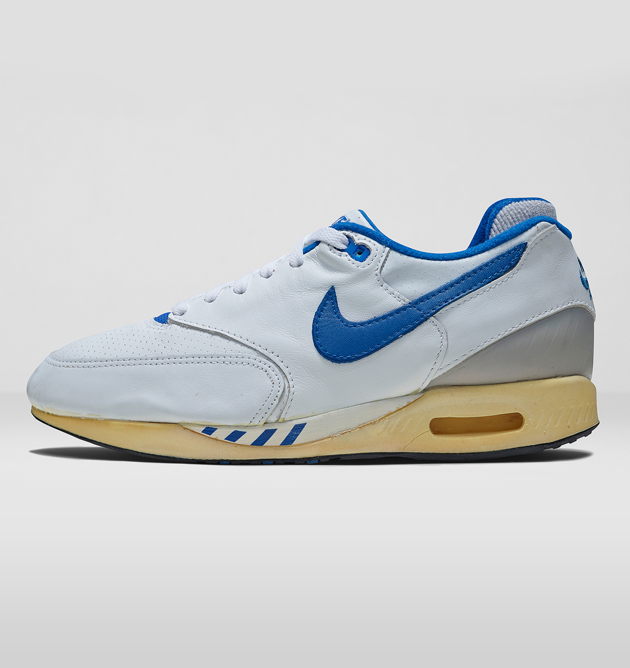 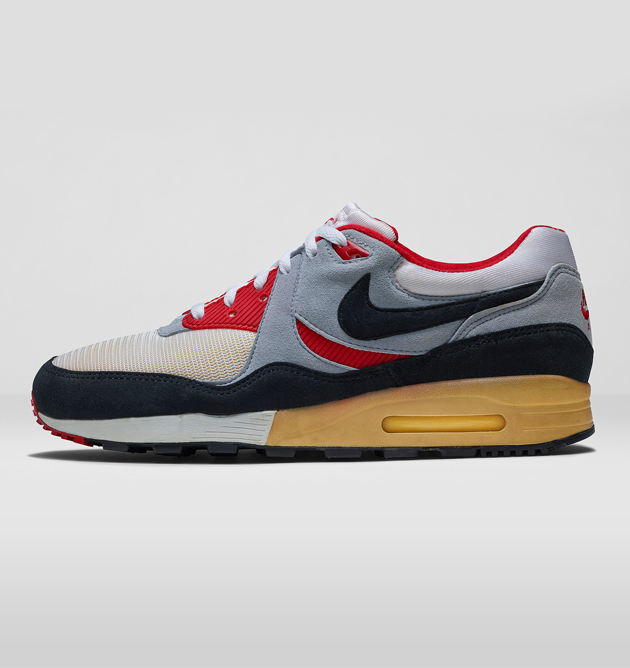 When we look at the final launch product of the Air Max 90, it becomes clear that 3 design directives must have led Tinker’s thought process: MORE AIR, INCREASED VISIBLITY and a CONTEMPORAY SPEED AESTHETIC.

Tinkers most natural evolution for the Air Max 90 was to increase the amount of Air used in the construction. MORE AIR meant that athletes would be less prone to injuries and fatigue. Tinker retained the shape of Air Unit for the Air Max 1 in the Air Max 90, but increased the size thereof. The Air Max 90 was modified to have a larger window to view the Air unit and even the cushion is more flushed with the midsole when compared to the Air Max 1.

Tinker maximised the impact of the Infrared colour by surrounding the entire visible air unit with the colour. It was an undeniably impactful hook to keep drawing your eyes to the new Air Max unit. 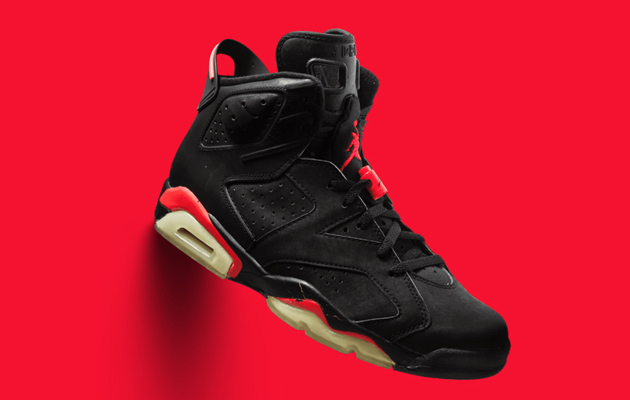 The final design feature of horizontal lines were placed on all of the Infrared components of the Air Max 90.

This took its inspiration from the lines seen on iconic late 80’s Italian sports cars to express a CONTEMPORAY SPEED ASTHETIC for the Air Max 90.

By the early 90s, street fashion had truly adopted Nike due to its basketball legacy. The Nike offering beyond basketball began to be recognised as objects of desire. Fuelled by the 1989 release of the Air Jordan 3 which featured a visible Air Max unit, the bold Air Max 90 hit streetwear enthusiasts with a mesmerizing alternative companion piece. It should come as no surprise that Tinker used the Infrared on the 1991 launch of the Air Jordan 6.

The street voted for the Air Max 90. No athletic endorsement or hype engine was responsible.

This was a product of street credibility and a strong need to be part of a look which defined a generation.  Perfection was perfected.